103 Bobbi Bidochka on the intersection of Sex and Business

103 Bobbi Bidochka on the intersection of Sex and Business

Bobby Bidochka is a woman on the move. Over her life she has had over 40 different jobs in different industries, she has lived in eight different cities, and moves without any effort from business to technology, to networking.

As if her mind is not occupied enough, she is set to write a book about Sex and Business.

The #Metoo movement has gone too far 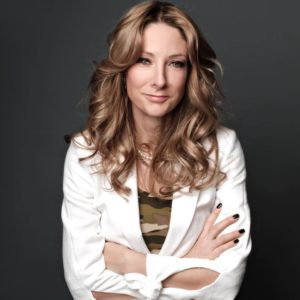 She was triggered by the second-order consequences initiated by the #MeToo movement to write a book about sex and business. In this book, Bobby covers topics such as gender, feminism, women's issues, in-fighting within feminism, the aftereffects of the #Metoo movement, mentorship, identity, etc.

Yes, the #Metoo movement has brought justice to women who have suffered sexual harassment and sexual assaults and the perpetrators need to be brought to justice.

But there are many situations which are in a gray zone, in a zone where there is sexuality involved, but it's not harassment nor assaults and it's not an undesirable action either. There is a lot of office romance and sex which is consensual.

In other cases, because men are paranoid about how their friendliness could be misinterpreted, they have stopped socializing with women at work or after work. In many cases, this overreaction has created an additional burden on women who realize the importance of networking to advance in their careers.

One of the unintended consequences of the #Metoo movement is the Mike Pence Rule: U.S. Vice President Mike Pence stated that he never eats alone with a woman other than his wife. The rule has been criticized for viewing women as potential objects of lust, as well as restricting opportunities for women to network with any male colleagues who happen to implement this rule.

Pronouns in the workplace

Increasingly employees are entering the workplace with gender identities and expressions that may be different from what we most frequently think of when discussing gender.

While many transgender people identify on a binary scale – as either male or female – some do not and may instead refer to themselves as “genderqueer,” “gender fluid,” “non-binary” or other terms. These gender-expansive identities are generally considered part of the greater transgender community.

In the workplace, employees should have the option of articulating their preferred name and the way this is articulated may vary across settings -- formal vs. informal, email vs. in-person meetings, name
badges, business cards and so on. But what about pronouns?

The experience of being misgendered can be hurtful, angering, and even distracting. The experience of accidentally misgendering someone can be embarrassing for both parties, creating tension and leading to communication breakdowns across teams and with customers.

Flirting and sex are good for creativity and productivity

Researcher shows that flirting is good for relieving workplace anxiety and stress. But this only works so long as flirting is kept within limits and the tone kept light.